Keep up to date with Canberra Metro 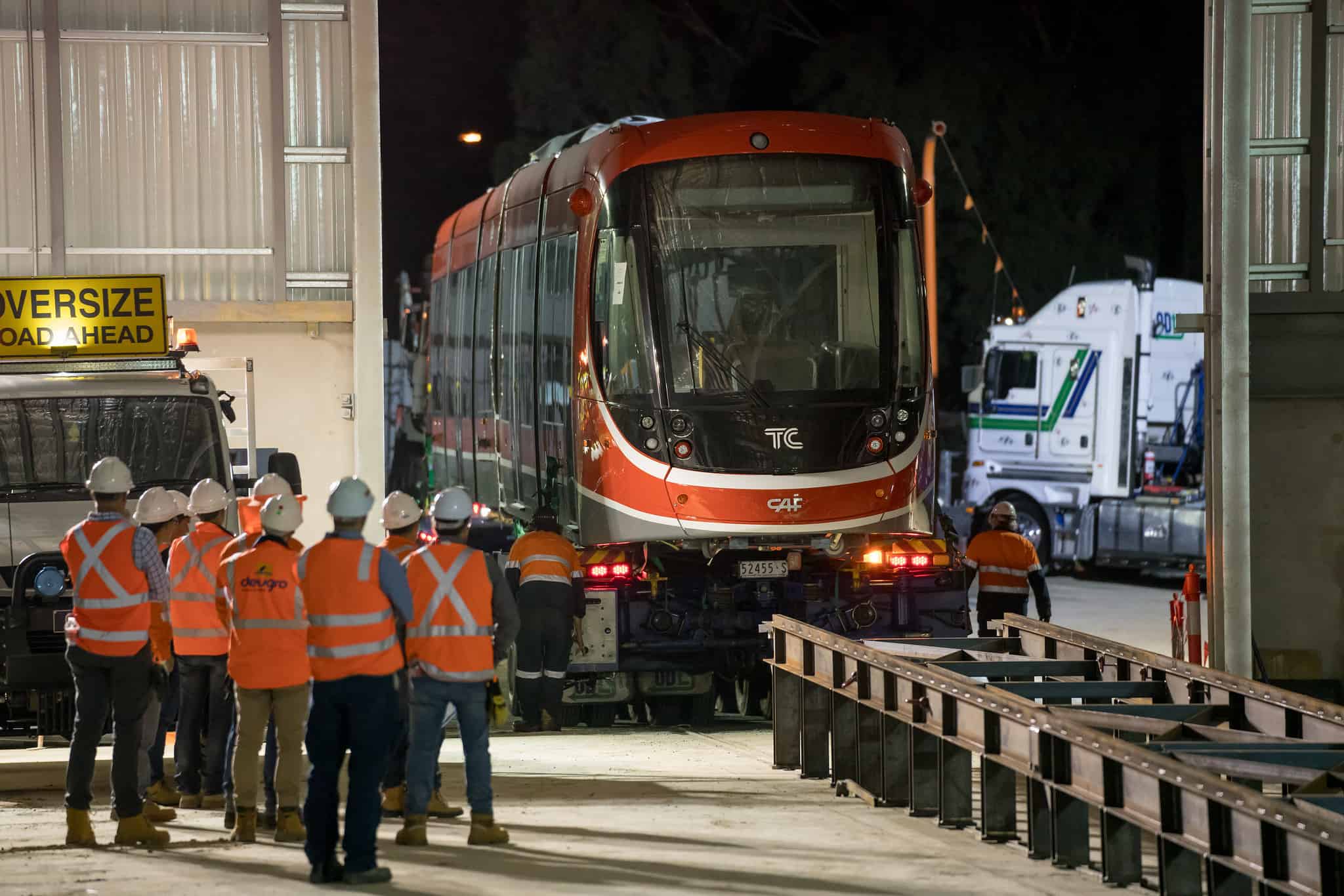 For those who have followed the progress of Canberra’s light rail project since the beginning, it might be hard to believe that it’s already been 2 years since our first light rail vehicle (LRV) arrived in the nation’s Capital.

At approximately 2am on Wednesday 13 December 2017 the first of 14 LRVs arrived at Canberra Metro’s light rail depot. It was an exciting occasion for all involved and marked a significant milestone in the construction of the project.

The first piece of permanent track was laid on 6 October 2017, with the final rail for the project being laid a little over a year later, on 26 October 2018. Testing and Commissioning of the light rail network began as construction of the track was still in progress, with the first LRV driving on the tracks in Canberra’s north on the night of 13 June 2018. It wasn’t until January 29th 2019 that LRVs began travelling the full length of the network; from Gungahlin to Alinga St in the city.

Since the launch of the network on Saturday April 20th 2019 Canberra Metro have driven more than 550,000km carrying more than 2.7 million passengers*.

You can check out Transport Canberra’s video ‘Canberra’s light rail – from construction to operation’ here.

View the original article posted on the CMET website here.